As you get older, chances are you may have noticed your knees are less forgiving when it comes to jaunting up and down the stairs. Now, a study supported in part by USDA-funded researchers suggests if you’re not getting adequate vitamin D in your diet, you may be at increased risk of developing the painful condition known as osteoarthritis in your knees.

Osteoarthritis occurs when the natural cushioning between joints in the body wears away—allowing bones to rub together. With an estimated 27 million people succumbing to osteoarthritis, there is significant interest in finding ways to prevent or treat the condition. 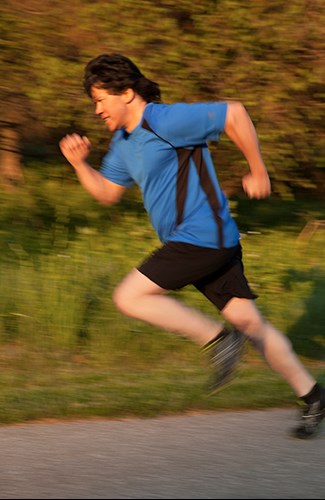 The team of researchers, led by epidemiologist Fang Fang Zhang and including nutritionist Sarah Booth, investigated the possible interaction between circulating blood levels of both vitamin D and parathyroid hormone (PTH) on the progression of knee osteoarthritis in adults. PTH is involved in vitamin D metabolism. Booth is the associate director at the Jean Mayer USDA Human Nutrition Research Center on Aging at Tufts University, Boston, Massachusetts and Zhang is assistant professor of epidemiology at the Friedman School of Nutrition Science and Policy at Tufts University.

The scientists looked at a subset of data collected during a longitudinal study called the Osteoarthritis Initiative, or OAI, which is a large study of individuals with, or at risk of, knee osteoarthritis.

The OAI study participants were between the ages of 45 and 79 years and had at least one knee with evidence of osteoarthritis. The researchers focused on a total of 418 volunteers for whom blood serum concentrations of vitamin D and PTH were available and for whom radiographs to assess knee osteoarthritis progression were available. The volunteers’ were followed for a total of 4 years, during which time knee osteoarthritis progression was tracked and related to vitamin D and PTH levels in the blood.

Inadequate vitamin D was defined as those with less than 15 nanograms per milliliter of blood serum, consistent with the Institute of Medicine (IOM) of the National Academies, which publishes references and requirements for vitamins, minerals, and other nutrients for healthy people. The IOM’s Vitamin D recommended dietary allowance is at least 600 International Units (IU) daily for those aged 4 through 70 and 800 IU for adults over 70.

The scientists concluded that vitamin D deficiency is a risk factor for increased knee osteoarthritis progression, and that increased, adequate dietary intake may be beneficial in those with knee osteoarthritis.—By Rosalie Marion Bliss, Agricultural Research Service Information Staff.

“Low Vitamin D Linked to Osteoarthritis” was published in the July 2015 issue of AgResearch Magazine.